The Evolutionary Model of Intelligence in 200 words!

My “biological computer” model of the evolution of human intelligence involves information flowing between “decision making nodes” in a infinite recursive network. Every node can receive, process, and transmit messages and may consist of clusters of simpler nodes. The simplest nodes represent individual neurons, with groups of interlinked neurons up to complete brains, individual animals, and extending to social groups of animals or humans exchanging information (including large organizations) and tools made by humans – such as the Internet. “Animal” nodes have a limited lifespan and (if the brain makes good decisions) can pass genetic information to new, initially ignorant, “animal” nodes.

The driving mechanism is based on CODIL, a computer language that mimics human working memory. It suggests how information can be used to make decisions within brains, and how it can be passed between brains so that it is not lost on death. It identifies limits on animal intelligence, predicts failings of the human mind, and identifies key tipping points in the development of tools and language, and brain size changes. Human intelligence results from recycling cultural information through the network over many thousands of generations. 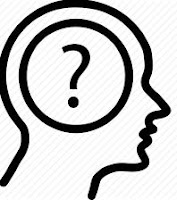 Of course such a short text only scratches the surface, and further information on my research, and supporting details will be appearing on this blog, if it is not already here.
If you can't find what you want to know why not
ask a question.