How far has computing advanced in the last 50 years? 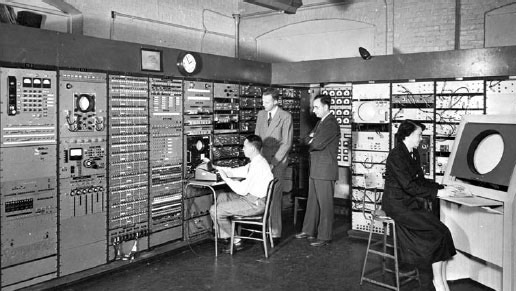 Computers have changed significantly over the last 50 years - but have some of the early problems been solved. The following brief excerpts came from a survey I prepared in 1968 about the difficulties that were being reported when trying to computerise complex tasks involving both computers and people:


J Nievergelt wrote:
“We are pushing against the limits of complexity that we know how to handle. ... However, we also run into problems that are commputationally light but also so complex that we do not know how to design, document, and debug them. This kind of problem is relatively new. – this complexity barrier may well be the most important limitation that the computer field will be subject to in the immediate future.”

Wesley Davis wrote:
“The ultimate success or failure of computer systems at present is overdependent on the problem definition and system design stage, The desire to simplify systems leads to a conflict between the needs of people and the computer specialist's interest in containing the project within present methodology. ... for its [computer system] purpose is to make a company responsive, flexible, and aware of its commercial situation. It is unlikely to do this without these characteristics being implicit in its design.

M A Jackson wrote:
“We should be positively looking for and developing programming methods that do a1low inconsistency, redundancy, ambiguity and incompleteness; we should recognise that these seem to be vices only because the error-prone techniques of procedural programming make them so.”

Seymour Papert wrote:
“Machines can't think,” said he, “because stupid humans don't know how to teach them to think. We try and teach them as we think machines should be taught, and it doesn't work.”

Computers have changed enormously since 1968, and we nearlly all have, in our pockets or bags, a mobile phone which is thousands of times more powerful than the computer shown in the above picture. Computers now provide a very wide range of usebuf services, Dispite all the advances, have they really solved the problems posed by complex human systems?
What do you think?
See a transcript of the original 1968 suvey
The Limitations of Existing Computer Techniques.
Posted by Chris Reynolds at 13:51