The Unlikely Origins of my current Evolutionary Research 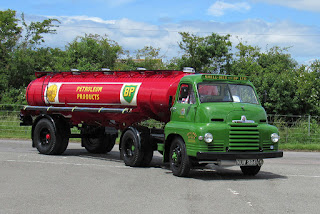 The origins of my current research were anything but planned. Between 1959 and 1962 I studied for a Ph.D. in theoretical organic chemistry (no computers then), and then worked as an information scientist - where I read about how computers might help - but had no access to them. However I came across the ideas of Vannevar Bush in "As we may think" and thought I ought to know more about computers.
In 1965 a casual conversation about salaries led me to decide to switch careers and work with computers. Shell Mex & BP had one of the most advance commercial computer systems inn the UK and my first day's experience dramatically showed me how computer systems can go wrong. As a result I became very interested in the strengths and weaknesses inherent in the stored program computer - and this interest led to my coming up with an unorthodox solution to getting people and computers to "understand" each other.
Details of my experiences at Shell Mex & BP, and of the design study that eventually led to the design of CODIL (a COntext Dependent Information Language) have been documented in a note, "The SMBP Story" that I have written for the archives of the LEO Computer Society. A further note is planned shortly extending the story to describe the later research, supported by the LEO computer pioneers David Caminer and John Pinkerton. It will also mention why the initial project closed following the formation of ICL.
Read: "The SMBP Story"
The story also includes much information on what went on inside large commercial computer installations in the mid 1960s
Posted by Chris Reynolds at 03:28